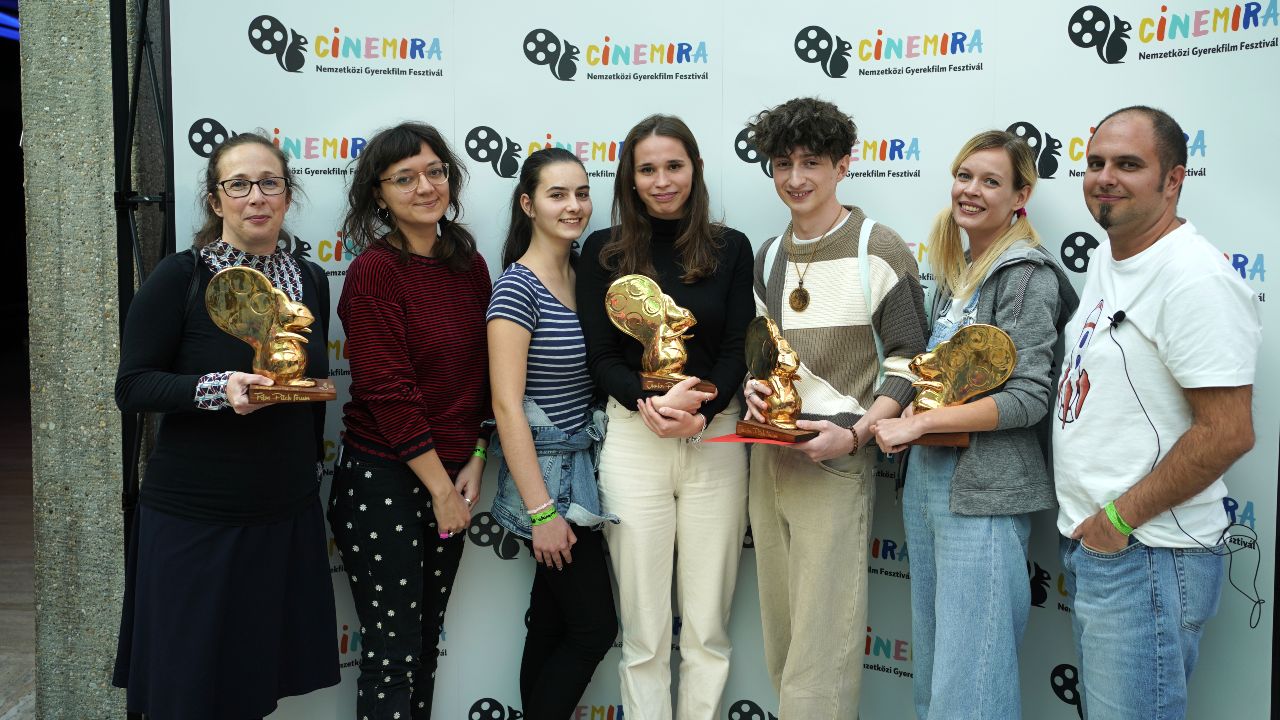 The awards for the 2021 professional day of the Cinemira International Children and Youth Film Festival were presented at the Akvarium Club.

On October 8th, 2021, the professional day of Cinemira took place in the Aquarium Club. A jury of film professionals gave feedback to the creators at the event, and the awards were decided by a jury of children and teens.

At the Junior Pitch Forum, teenagers were able to present their film projects for the first time, developing their ideas into film designs through professional mentoring during the National Film Institute’s Fast Forward Program and Cinemira’s Summer Junior ScriptLab.

The main prize of the Junior Pitch Forum (Golden Squirrel Award, PlayVR ticket, Children’s Film Academy semester screenwriting workshop) was won by Máté Gárdos’s film project Horizontally Down, According to the jury’s reasoning, the project based on teenage depression and suicide presents a topic that needs to be addressed and is the result of a therapeutic creative process that can help many adolescents.

The youth jury awarded the forum’s special prize (equipment rental with an offer from MyActionCam) to the most confident pitch performer, Ábel Sipos, for his interactive series project Before Tomorrow.

The special prize of the Squirrel Film went to Berta Szirtes and Dorina Lakner for their series project. Their Lifelong Contract plan also won the Golden Squirrel Award, which is the audience’s favorite.

The main prize of the pitch forum, the Golden Squirrel Award with HUF 300,000 development support, was won by Ádám Felszeghy’s series  Roboék. According to the children’s jury, the series shows how preschool and primary school children can cope with their everyday problems in a very interesting, sci-fi environment and with a modern visual world.

For its innovative nature and good ideas, the jury awarded a special prize to Annabella Schnabel ‘s series entitled Turkey Eggs for the TikTok platform.

Eszter Szoboszlay’s animation I Am Now a Crocodile and I Will Eat You won the Golden Squirrel Award for the audience’s favorite, as well as the DIGIC Pictures award for the most innovative film project. Dávid Lafka, a member of the professional jury and the development producer of DIGIC Pictures, emphasized that the plan is based on a bold, innovative, humorous basic concept and carries the possibility of creative implementation.