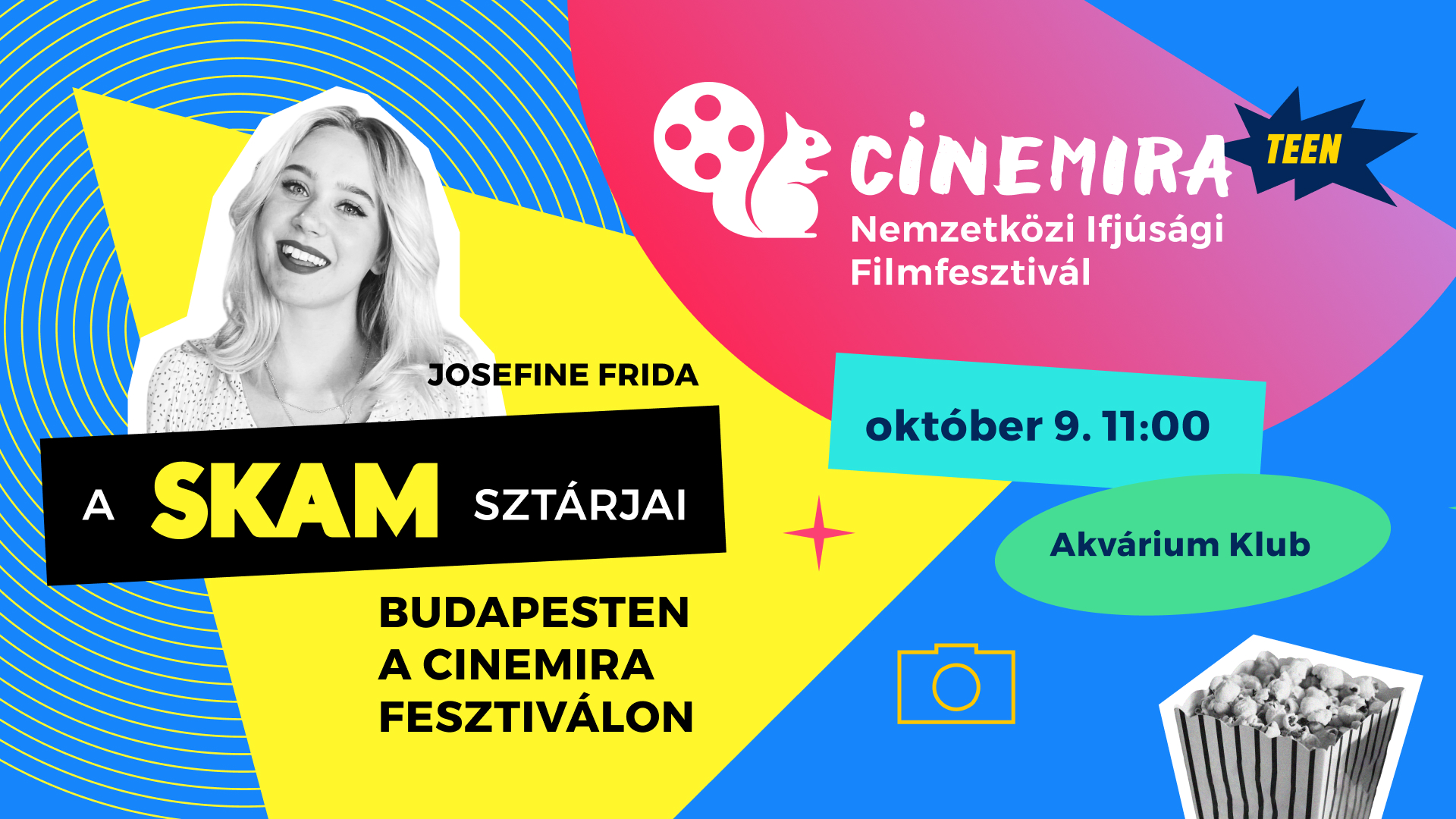 The world-famous Norwegian teen series SKAM, has been a huge international success, which is why many countries have created their own adaptations based on the original scenario.

We invited the creator and one of the main characters to a conversation to ask them about the secrets of the making of the series! The guest of Cinemira TEEN is Josefine Frida, Noora of the original SKAM and creator of the series, Julie Andem.

In the conversation starting at 11:00, Hungarian fans will learn a lot about the backstage and inspirations of the series and, of course, the Noora character.

From 15:00, the film Disco will be shown for the first time in Hungary, starring Josefine Frida!

The event is sponsored by the Norwegian Embassy in Budapest.

TICKETS ARE ON SALE HERE!